The Vista Oaks HOA Board of Directors is proud to announce the 2019 Annual Scholarship has been awarded to Eralp Orkun. Eralp’s application essay fully outlined his accomplishments both in and out of the classroom showing how exceptional a student and young man he has become. He is a graduate of Leander High School having enrolled in the International Baccalaureate (IB) program and will be attending the University of Texas in Austin in the Fall. 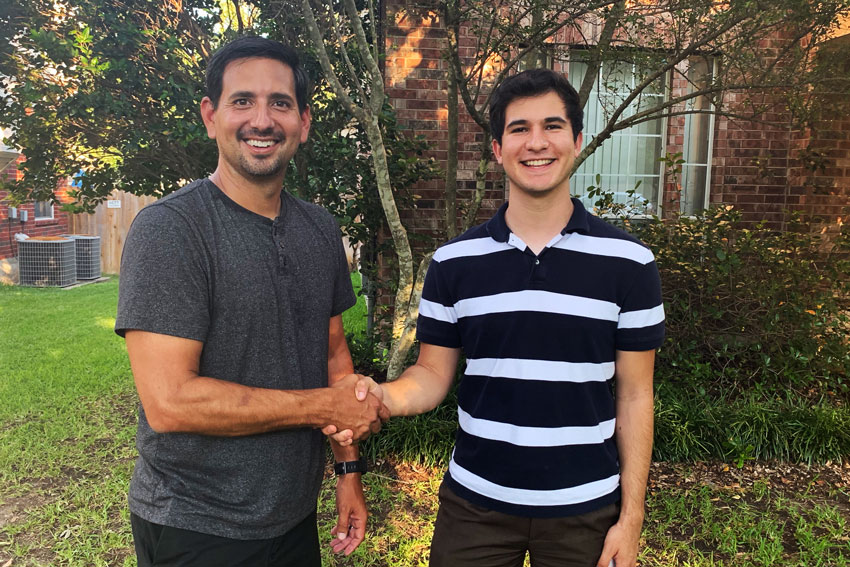 Eralp has lived in the Vista Oaks neighborhood for the past 17 years and throughout his childhood has volunteered with many of the community events and helped deliver the monthly Vista Oaks newspaper to every house in the neighborhood.

Academically, Eralp desired to graduate with the IB program as he finished his middle school years opting to attend Leander High School specifically. His class rank has allowed him to position himself as the valedictorian of his class. He was also honored to be named CollegeBoard National Hispanic Scholar, placing him among the best in the country.

Outside of the classroom, Eralp’s hobbies include playing and excelling in the bassoon which has become a significant part of his life. This talent has allowed him to become part of a community he would not have otherwise known. His abilities have qualified him to be a Texas Music Educators Association (TMEA) All-State Musician for all four years of high school while also placing 7th in the state. He has attended Interlochen, a competitive academy specializing in the arts, and performs regularly with the Austin Youth Orchestra.

Other interests include tennis which he is captain for his tennis team and is an officer of Mu Alpha Theta, a math honor society focusing on tutoring. He is one of a total of four officers and has been an integral part of expanding the chapter to 85 active members.

Eralp’s long-term goals include pursuing a career in Engineering which will challenge his problem-solving skills in an ever-changing and complex world.

The HOA Board of Directors is proud to have Eralp as a member of the Vista Oaks community and recipient of the $1,000 Vista Oaks Annual Scholarship. He has a very bright future ahead of him and we wish him the very best in his continued success.

The Board also wished to thank the other applicants for taking the time to submit their applications. We wish them all much success in their future college endeavors.

The Vista Oaks Annual Scholarship is awarded to one exceptional graduating High School senior living in the Vista Oaks neighborhood. The submitted applications are read and voted by all active members of the Board taking into account their accomplishments academically and personally within the Vista Oaks Community.