Cedar Park City Council approved a petition March 8 to consider amending the future land use plan designation on roughly 126 acres that are proposed to become a future mixed-use development on the eastern edge of the city.

Todd Madden, the president of Thompson Morris, said his company planned to develop the property with a mix of uses at the northwest corner of East Whitestone Boulevard and Sam Bass Road. After the city updated its zoning codes in November—which allowed the development of horizontal mixed-use developments—Madden said the company opted to change its plans. 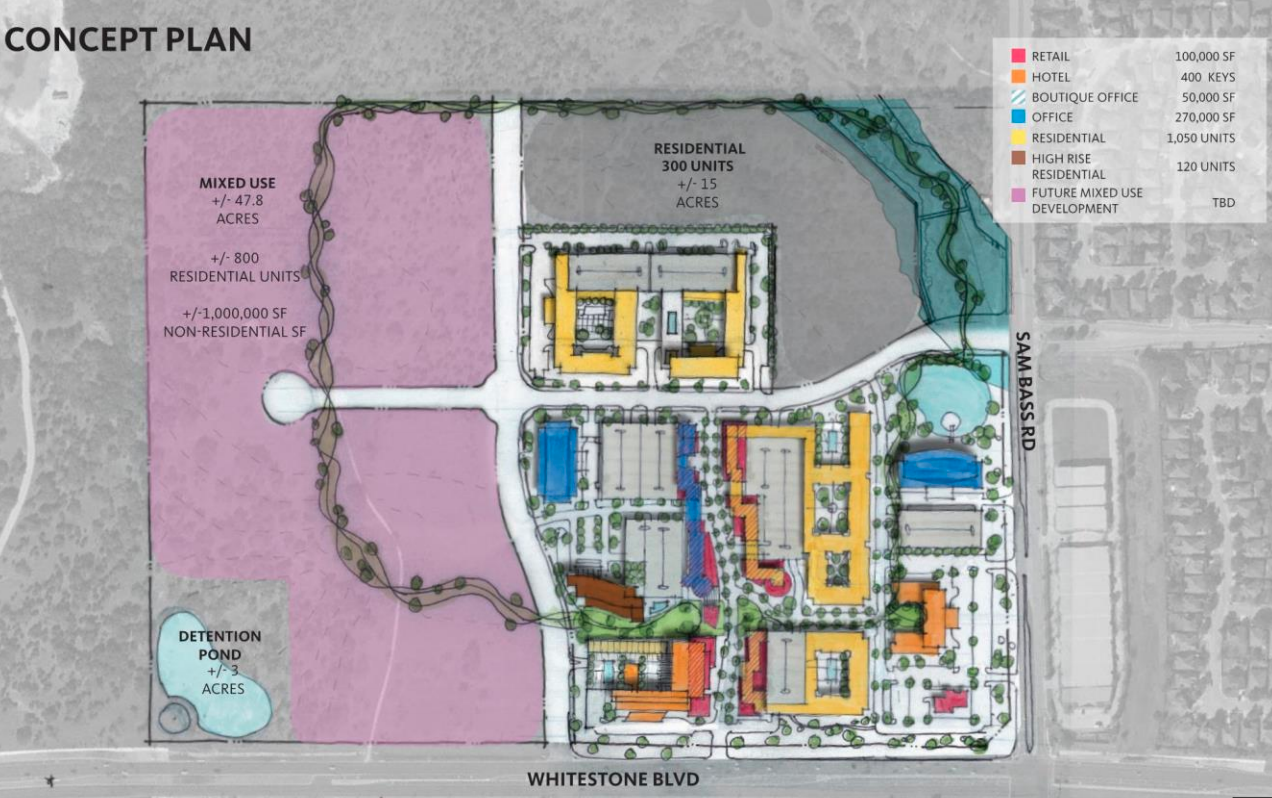 “We said [horizontal]is really want we want to do,” he said. “Our goal is to take our [planned development]that we currently have…we want to take it from 126 acres of disparate uses and really mix those in to create a really integrated community.”

The petition council approved requested a change from a regional office, retail and commercial designation to a planning area designation on the future land use plan, which is a broad category meant to let developers respond to market demands, according to city documents.

Melissa McCollum, a city of Cedar Park planning manager with development services, said a goal in the city’s comprehensive plan was to identify so-called missing places, or areas around the city that could be developed as entertainment districts, an educational campus, walkable mixed-use and business parks, for example.

According to city documents, the “intent of these planning areas is to identify key locations where at least one of the ‘missing places’ is appropriate.”

“I do think we fully understand the market, and living in this area, I’m tired of driving. It used to be going [to]downtown [Austin] and now you go to the Domain,” Madden said. “I’d like to have a place to go that’s local and ours.”